Not that I’m a frequent writer or anything, but I’ve even received comments on Twitter and Facebook lately from friends and guild mates wondering where in the world I’ve been. So, what’s keeping me busy? There’s been a crazy timeline of events this summer starting with…

Cube World Forum Wiki
The CWF site is a more recent addition to the ZAM family. In the month leading up to SOE Live, I got looped in to assist on their wiki, and helped with their front page revamp. The Cube World Forum team is a great bunch and are very dedicated to the game, so if you’re looking for any information on Cube World, go check them out and join their community! 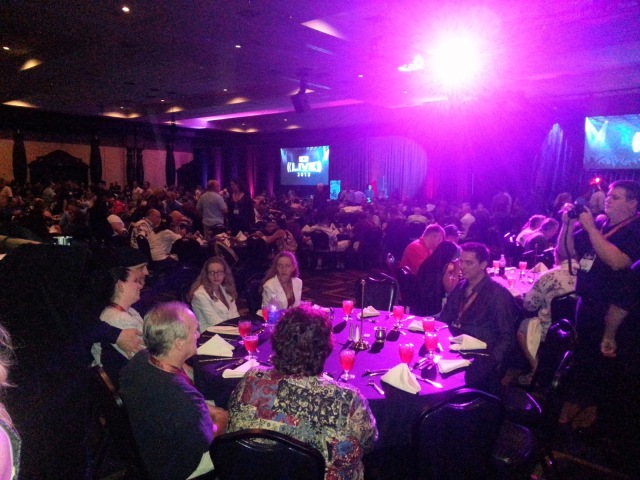 SOE Live
Obviously this was a busy time. Not only was I in Vegas for SOE, but ZAM also had a huge group of people there at the same time. If you check out all my SOE Live posts you can get a summary of what I was busy with there. I’ve also uploaded my pictures to Flickr, in three separate albums: SOE Live 2013, ZAMapalooza 2013, and Vegas 2013 (this is more for the “on-the-side” things I did).

EQNext Blog
I tried to run this separately (yes, that was me the entire time), but I frankly don’t have the time to manage three blogs anymore. I merged all my EQNext Blog posts into this blog, so no information was lost! I’ve also added “pages” links at the top to navigate to any future EQNext blog posts I add, as well as to my IRL crafting blog, Aira Artistry. Hope some of you find that useful.

Side note: blog posts, including my EQNext Blog posts, are my own opinions are not affiliated with ZAM.

XIVwiki
Let’s just say I don’t remember much of my life between August 19 and August 22. I’m glad to have been able to contribute to helping build up this awesome Final Fantasy XIV wiki from scratch!

Editor-in-Chief of ZAM
… well, people understand that better than “Managing Editor“, I’ve found. At the end of August (and to the sadness of many as Scott (Jarimor) was an awesome co-worker and EiC), ZAM’s Editor-in-Chief moved on to a job in the gaming industry. I know he’ll be doing great things where he ended up; you can follow Scott over on Twitter if you’re not already.

So, this obviously left a vacancy, and with Gareth’s (Gazimoff) recent decision to move on from ZAM as well to focus on finding local full-time work (go hire him, he’s a hard worker and would be a great asset!), an even bigger one. Imagine my surprise when my boss approached me a couple of weeks ago asking me to fill in some giant-sized shoes. I had been fishing around for a full-timer gig at ZAM, and I enjoy writing, so it sounded like a great fit to me. The position was renamed to Managing Editor to be more in-line with how it evolved during Scott’s tenure.

This position was a hard learning curve, even with all the assistance I’ve been able to get. I like to think that the web site hasn’t gone down in flames so far… the news has been flowing at a steady pace! I’ve already met some great people and am definitely very busy during the work week. In time I think things should be a bit less hectic and I’ll be back in-game more often.

Want to read the awesome articles my news team puts together? Just check our ZAM’s main site! While you’re there, snag a code an in-game Crystalline Dragon (which looks AWESOME) on Dragon’s Prophet.

But…. what about EQ2 ZAM?!?!
So, I’m also going to try my best to do that, too. Amy (Calthine) is still with ZAM as well and will be helping out as needed. 🙂 We’ll see how that works out. There’s been a lot less game updates the past two years so it should be do-able, as long as there’s ample testing period. Hopefully the community will continue to be awesome and contribute as well!

Craft Show Season
Autumn is craft show season for me. I don’t set up shop at every show, but I’m attending five this year (one this month, two in October, and two in November). I’ve been busy with various craft projects when I find the motivation during spare time. Lately I’ve been working on more bottlecap necklaces, wire-wrapped rings, and hair clips. I also recently made a pegboard display, so I need to finish moving all of my existing hair clips to new price tags that will go well on the display.

So, that’s been just some of my crazy life since July. Oh, and a lot of Pinterest and Doctor Who. 😉 Happy gaming; if you have any feedback leave me a comment or poke me on Twitter!