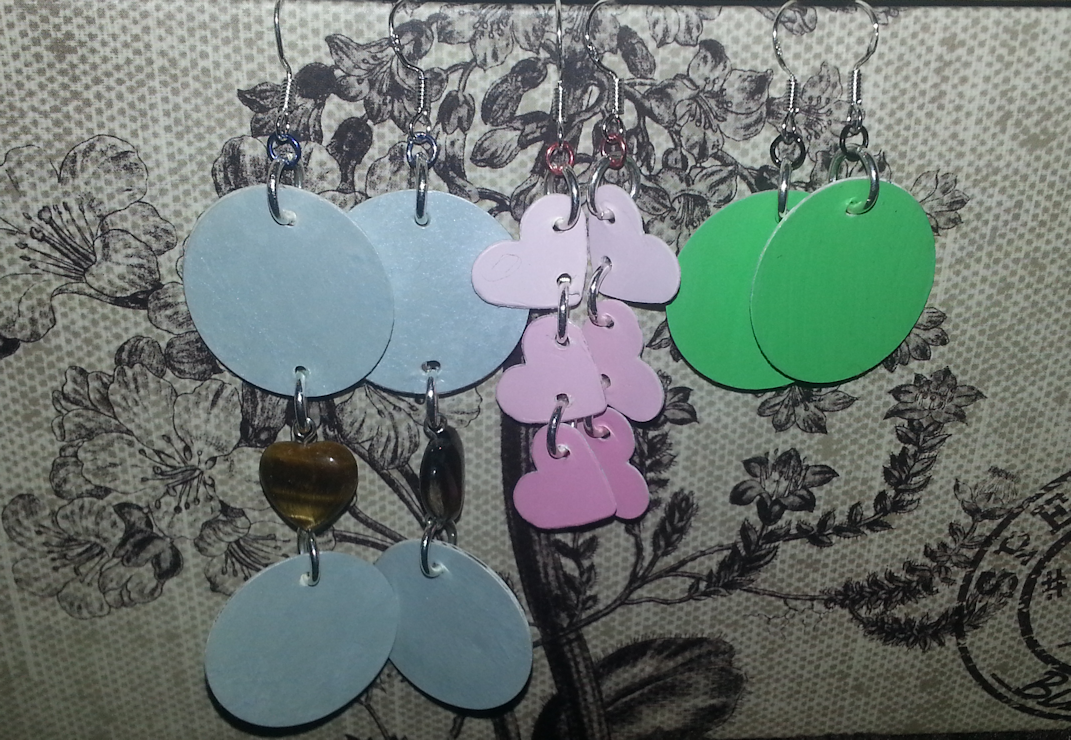 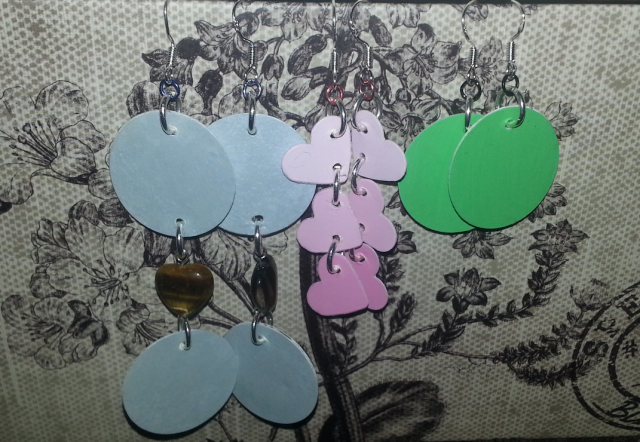 Discovering 2014 is a personal goal to complete a daily project every day throughout the year!

My day four project was Paint Chip Jewelry, inspired by this pin by Minted Strawberry that made the rounds last year on Pinterest. This project took a bit of extra time and I ended up just making a few pairs of earrings, but I had a fun time doing it. This is another craft that you could probably do with kids, though it may require a touch more patience!

Your supplies will vary for this craft, but the one constant will be to have at least one or two paint chip (sample cards), which you can pick up from basically any hardware store. The samples are free but be polite and don’t go overboard cleaning them out, as I doubt crafts are their intended use!

Once you pick out your paint chips, other tools you may use would include glue or Mod Podge (optional), shape punches (I used a heart shape and a 1″ round) or scissors, and either a bottlecap hole punch (which is what I used and recommend for this) or a small paper hole punch. After that the only other thing you need is the appropriate jewelry supplies, which will vary depending on what you choose to create.

Start out by punching out the shapes you want, then punch a small hole for jewelry attachments to them. I punched one, then lined up a second one in back of it and punched again to ensure the hole placements were identical. 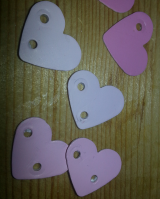 The backside of these aren’t colored, so you can optionally punch out extra shapes and glue them together. Remember to punch out the jewelry attachment holes first, and line them up while gluing and don’t accidentally clog the holes with glue. Set something on top to flatten them (I used my phone and stamps). On the first pair I made (the green circles, pictured above) I also put a matte Mod Podge coat on both sides, which I think gave them a better appearance.

I tried pre-gluing together the hearts before doing my shape punches, and while they’re functional, they were a lot harder to deal with and ended up with more imperfections. I just don’t recommend doing it this way. Punch those holes first!

Another alternative method is to use some acrylic paint on the backside, but it will take longer to dry and is more difficult to keep from curling.

After you have your shapes how you want them, attach your jewelry bits and show off your new style! There’s a lot of variety you can pull off with these so I can foresee me doing it again in the future.

Tomorrow’s project is a Cardstock Notepad!

While I was working on this, my youngest child decided he wanted to make something with my shaped hole punchers, so I thought I’d share that as well! =) If you can’t read the second photo, he had written “10 Snowflakes.” The black circle on the green paper is “a full moon.” The glue has since dried and they’re now hanging on his door.