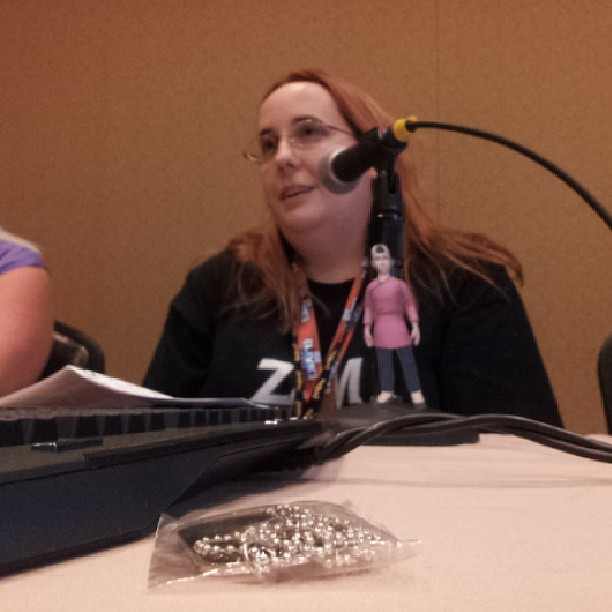 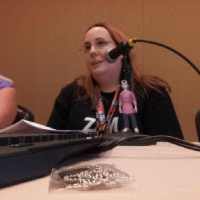 A lot of players showed up to the EQ2 Hardcore Decorating panel we put on at SOE Live 2013 this year. THANK YOU to everyone that attended as well as those who expressed interest but were unable to attend. We nearly filled the entire room (I think someone estimated at least 70 people were there), and Qho even made an honorary appearance on stage while some developers hung out in the audience. Yay decorating!!!

None of us thought to record the panel until afterward, which I guess was our bad. Afista put up an awesome summary, including our presentation, over on EQ2 Design Gallery. I had passed out some Decorating Resource cards, and all the info that was available on those can be found in the EQ2 ZAM wiki. 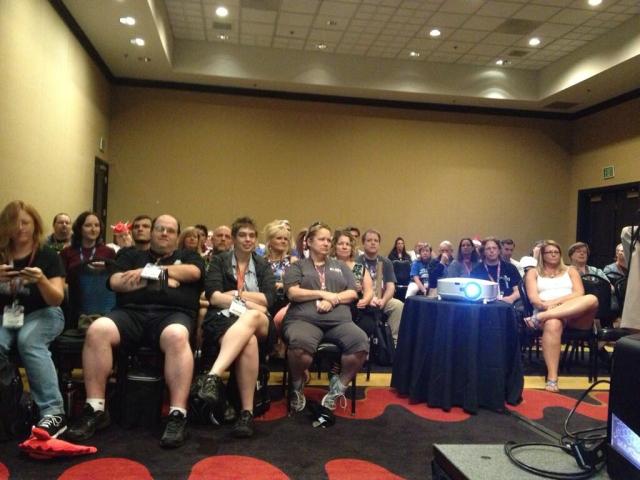 Here are some of the (paraphrased from memory) highlights from the Q&A session we had:
Q: [Jazabelle during the panel] Raise the Tier 3 guild hall item limit?
A: [Zoltaroth (dev) in the audience] Nope!

Q: [one audience member asked us all which server we were on, since we forgot to mention that in the introductions]
A: Jazabelle and Cheribomb are on Antonia Bayle full-time; Afista is mainly on Crushbone (but also has a decorator on AB as well); Cyliena is on Everfrost full-time. Afista and Cyliena also are on Test from time to time.

Q: I’ve expanded my Tenebrous Isle to 1100 items, can I go beyond that?
A: No, house item limits have not been changed.

Q: Can I make a strip club?
A: Yes you can use the theme, but if you put anything explicit in it, a player may report you and you may have to tone it down or remove it from the housing directory. 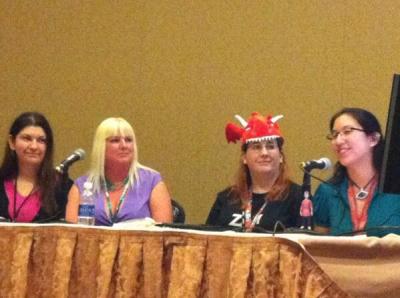 Q: I’m trying to make stairs but I can’t move up them smoothly, how do you do that?
A: Either try using the third-party layout editor if you want advanced control of their placement, or use the in-game vertical editing tool and try to get them to the appropriate height to allow for fluid movement. With some items it may be difficult to accomplish this without the layout editor.

Q: Can I have more than three teleport pads in my house?
A: The limit for teleportation pads is four.

Q: Where can I get more fish for my house?
A: Check out the Cobalt Scar fishing node collections–you can get five fish plushies from it!

Q: [Zoltaroth] Will you decorate my house?
A: Talk to a decorator on your server about it!

There were additional questions beyond that, and those are solely from memory so they may be off a bit in phrasing, but not too far off the mark. Hopefully we can once again do a similar panel like this next year! Thanks for everyone’s interest (before, during, and even after!)…. the community is what makes EverQuest II such a fantastic game to be a part of. =)