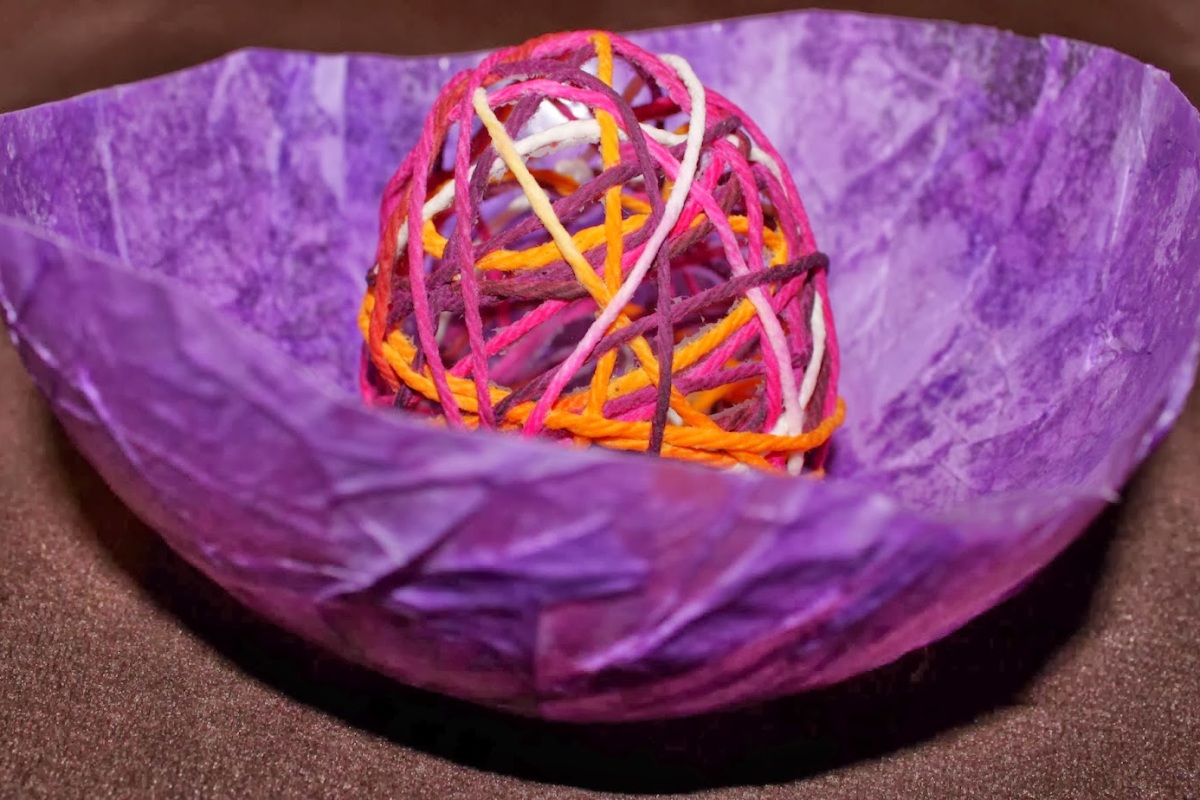 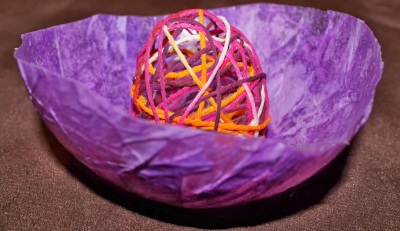 Well, the Confetti Bowl did not happen. I searched a few stores last night and couldn’t mind anywhere that sold the non-shred confetti. While I could have made my own using my 3-hole puncher, I figured an alternative to making my wrist weep would work just fine.

Today’s project was a Tissue Paper Bowl and a Yarn Egg. The bowl was done in the same style the Confetti Bowl would have been, using Mod Podge on a balloon. The Yarn Egg was an idea passed on to me by my friend Rijacki (check out her Facebook page here!) last night, and since I had the supplies I figured why the heck not?!

For the Tissue Paper Bowl, you just need a balloon, tissue paper, Mod Podge, foam brush and something to set it upright in (I used a wide-mouth Dollar Store vase). For the Yarn Egg you need a balloon, standard glue, an object to put inside the balloon (optional), yarn, and a cup you don’t mind mixing glue and water in. These are both fun, kid-friendly projects! 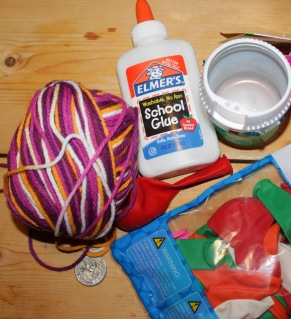 The yarn egg came first. You don’t need much water, try to make it a creamy glue mixture. I coiled my yarn in so it wouldn’t tangle then gently mushed it in well using the handle of my foam brush.

Your hands will obviously be covered in glue by the end of this! If you chose to put an object inside your balloon, try to cover and gaps you think it could slip out of too easily. 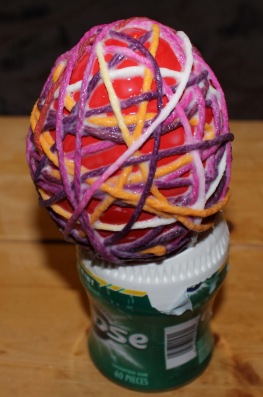 Next came the tissue paper bowl. You just apply Mod Podge to the top of your balloon and layer the paper on. I used a single piece of tissue paper, cut into quarters. 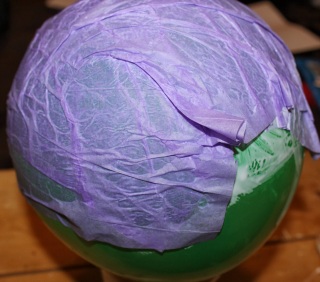 Here’s both of them when I set them out to dry. As you can see with the tissue paper bowl, it was very well coated. 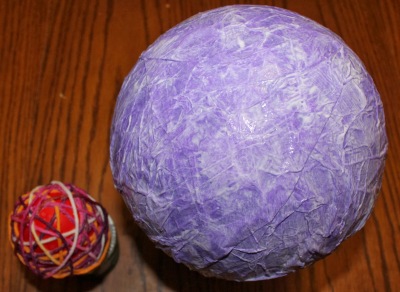 I decided to try and expedite their drying process so I could actually write my findings today. Here’s the two after that (I set them in front of a fan, rotating every 15 minutes). Now here’s my advice: while this worked find for the tissue paper bowl, the yarn egg wasn’t as dry as it seemed, so let that sit overnight! 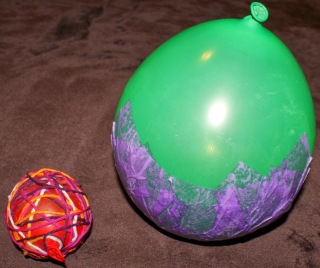 Next you get a pin and POP the balloons! The yarn egg balloon did not pop, and I discovered it may have been due to some of the yarn facing the balloon not being completely dry. Overall it held its shape, but because the balloon didn’t pop, my quarter didn’t get “trapped” in it. Oh well, next time!. 🙂

The balloon for the tissue paper bowl popped just fine, then peeled out easily. Afterward I trimmed the edges of it with scissors. 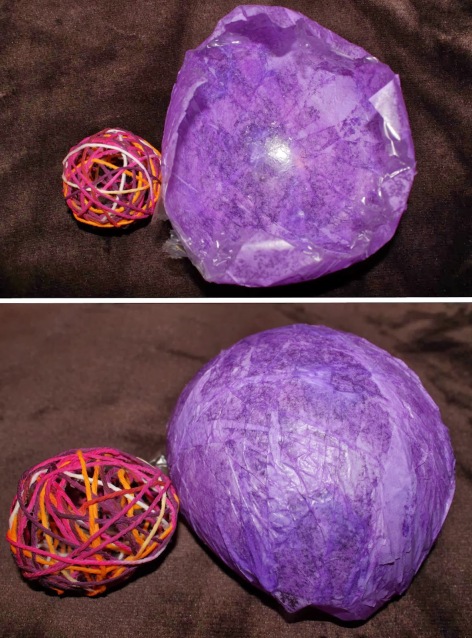 Here’s the balloon from the yarn egg. You can see where the wet glue had clung to it. The bottom part of the egg shown here was where it was still wet, though that doesn’t translate well in images. 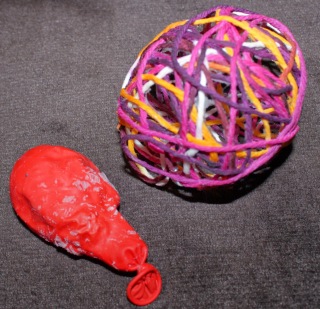 Would I do either again? Definitely! They were both fun, but I did learn a couple of lessons in the process: 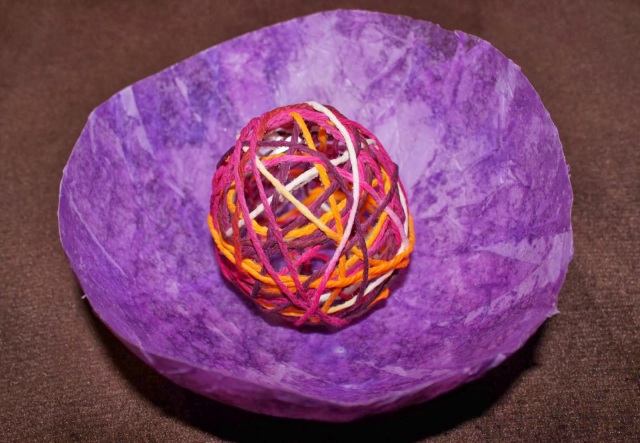