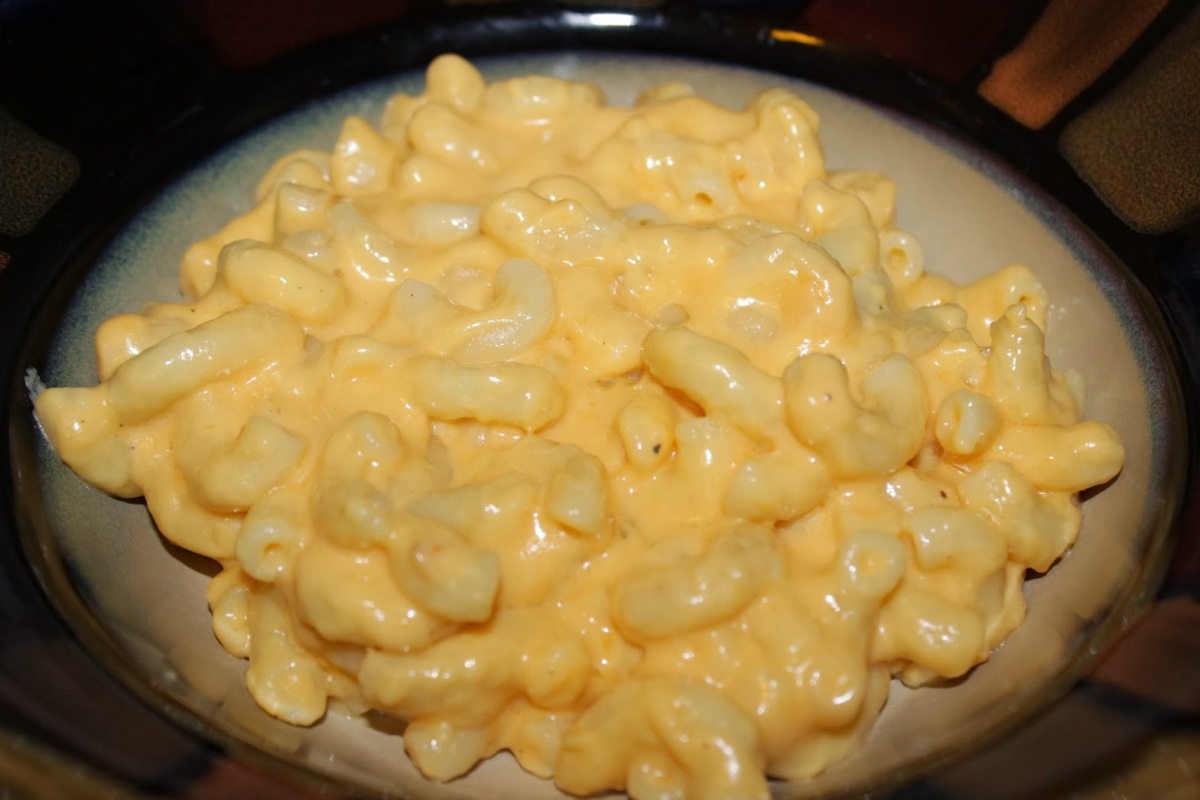 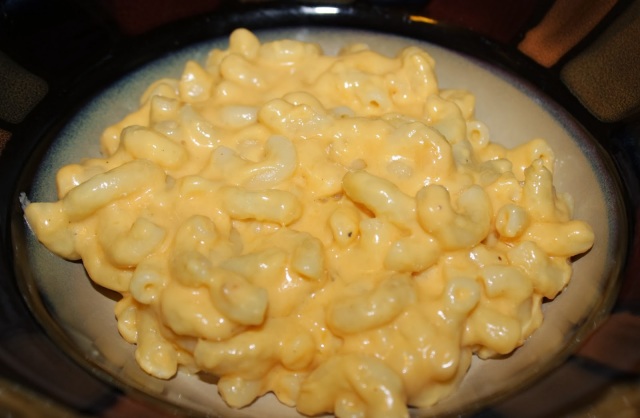 Today’s project was another dinner one: Crockpot Macaroni and Cheese. I followed this recipe by the Short Stop blog for it.

The big question I try to answer with these food projects is “will I make this again?” For this one, I’m torn. It was tasty, sure, but there is so much cheese in this recipe that you could accurately just call it “Crockpot Cheese”, as the macaroni is barely noticeable aside from texture. My friend suggested halving the cheese next time, so I suppose that’s what I’d do if we do decide to give it a whirl again.

The recipe is simple: cook pasta, layer in crockpot with cheese and butter, add milk, cook for four hours on low, stirring at the 2-hour mark. I managed to partially screw one part up: I forgot to add the milk until the two hour mark, but at the end it still seemed to be blended appropriately anyway.

I did have one out of three children refuse to eat it, but he’s a picky six year old who thought I was going to be making boxed Mac & Cheese and was offended by my offering. The other two ate it just fine, with the eldest asking for seconds.

Tomorrow’s project is Taco Seasoning! By coincidence, my children decided (without knowing) that it was taco night tomorrow, so we’ll get to try it out as well!