Yesterday Free Realm’s nearly five-year run came to a sad end. The final hour marked many parties, tears, mass picture sharing on Twitter and more. I had hoped more members of Gone Postal would have made an appearance, but in the end it was only me and one other (though a few were online on alts in other guilds). 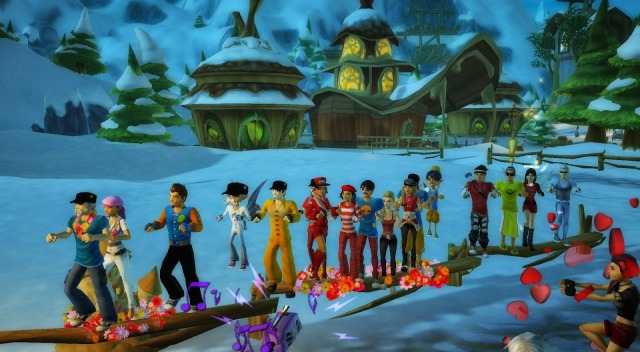 It also would have been nice if the shutdown message (seen above) had been more personal, a real goodbye instead of the default maintenance update. Ah well, it was still nice seeing so much fun going on in the game again, it’s just sad that it happened in its final hours. 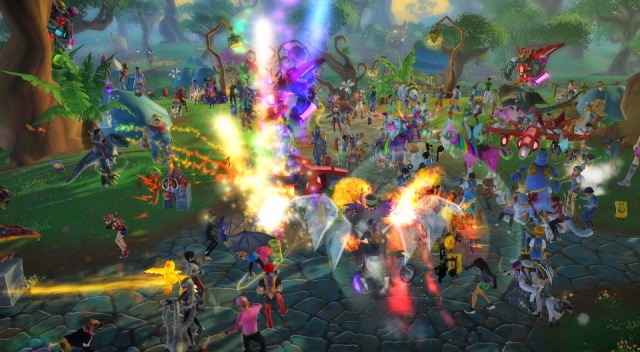 Prior to yesterday’s shutdown I wrote my thoughts over on ZAM (see it below the video here), along with several pictures spanning the years.

A Farewell to Free Realms

(as originally posted on ZAM)

SOE’s MMO will shut its doors forever on March 31st. Cyliena takes a moment to reflect on five years of Free Realms

I spent the past month trying to come up with how I wanted to write this article. Should I reflect on all the changes and updates to the game? Ponder the reasoning behind the game shutting its doors? Be angry, be happy, be sad? I still don’t know, to be honest.

I’ve seen plenty of friends be affected by other game closures, but this is the first one to hit home. My entire household of five has played, or still plays, Free Realms. My youngest two children are playing as I write this, with my six year old (whose first video game was Free Realms, starting at the age of 2.5) alternating between happiness at the various things he’s accomplishing, and grief at losing his beloved characters forever.

I can’t blame him one bit. His sadness is mine.

Free Realms was the first MMO where I actually felt part of a community. Starting even in the beta, players banded together in friendships that still remain. Guilds like Gone Postal, Mystic Mayhem, FR Insider and Bunny Foo Foo made an indelible mark on many people. Even as the older crowd moved on as the game aged, many of us still kept in touch, checked in on the game, and so on.

Out of all the players I met, by far the most dedicated contributor to the ZAM wiki was Marisol Bluesurf. I hope everyone takes a moment to thank her; she honestly kept our wiki up-to-date almost single-handedly as Calthine and I had to move our focus onto other projects with ZAM.

Speaking of ZAM, I would not be working for this awesome company today had it not been for Free Realms. Maybe it was luck, being at the right place at the right time, but my guide work during the Free Realms beta was one of the reasons I began my journey with ZAM. My job may have evolved drastically over time, but I will never forget what landed me here.

You can expect the fr.zam.com site to eventually disappear, though our wiki is also available here, if you would like to bookmark it for memories. Any of our news articles can be bookmarked as well, just remember to change the fr.zam.com part of the URL to http://www.zam.com to ensure those links remain (like this).

Other sites that will remain open are the Free Realms Wikia and Free Realms Mayhem. I encourage you to bookmark those sites as well.

So now all that’s left to do is enjoy our final hours in Free Realms. The game is slated to close down at 6pm Pacific (9pm Eastern) this evening (March 31, 2014). I hope that the friendships both myself and you all have forged within the game remain without.

Last night I spent some time with Mystic Mayhem, and afterward created a video (seen above) using moments from 2009 and beyond, as well as some from yesterday’s community event, which I hope you enjoy.

I’ll be in-game for the closure as Cyliena Velnarin, so please say hello if you see me. Goodbye to my fellow Free Realms players, and I wish you the best as you seek out your new MMO homes.