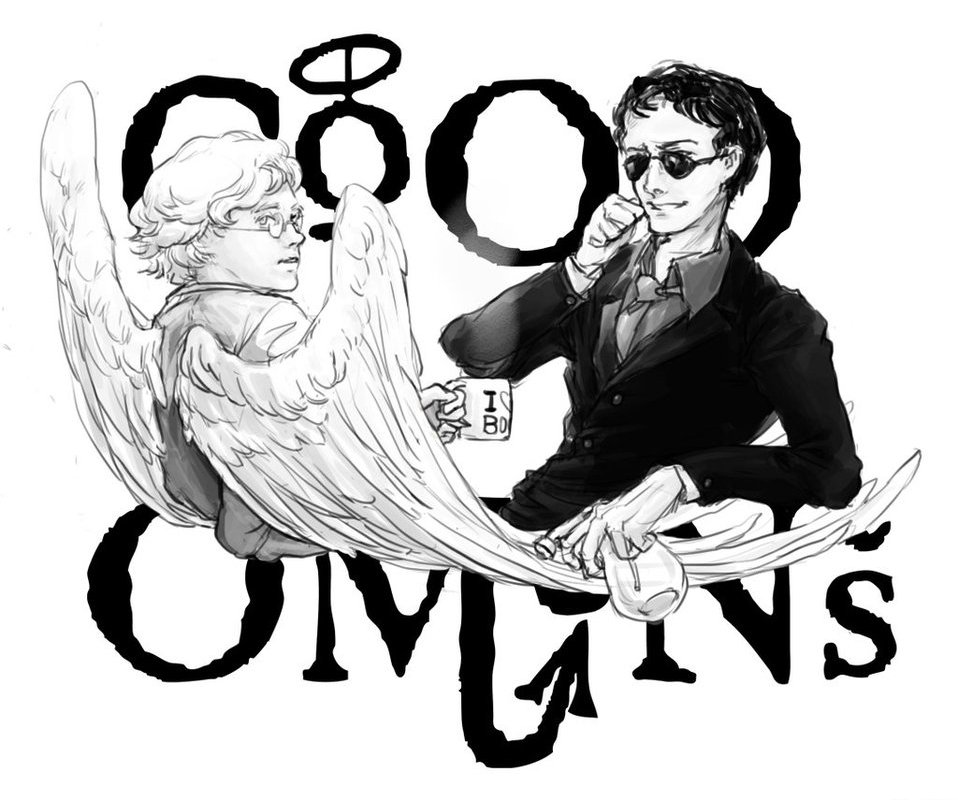 I’ve never read anything by either Neil Gaiman or Terry Pratchett before, so I went into Good Omens with no expectations. The story focuses on the coming apocalypse, its players, and how the forces of Good and Evil are working to sway things their way.

This is a repost of my original December 2016 book review, with an update about the May 2019 Good Omens miniseries.

UPDATE (June 2019): Good Omens has been released as a miniseries on Amazon (and is free for Prime members to watch). It encompasses the heart of this book and (in my opinion) excels it through its engaging visuals, actors, and storytelling. My criticisms regarding the book are not an issue in the miniseries. Watch it here!

(The book review continues below.)

The story is a fairly quick read, though the first 50-60 pages are a bit tough to get through. I consider myself to have a good sense of humor and enjoy a lot of British humor, and while I could recognize all the things that should be funny, I have to admit none of them actually made me laugh. (Had I been about 10 years younger? Probably.) But the writing was lighthearted and poked fun at everything, a contrast that worked well with the subject matter.

What detracted the most from my enjoyment of the book was the constant point-of-view shifts. I’m sure this was an effect of two authors contributing to it, but as a reader it kept pulling me out of the moment. New characters were introduced way too often–which would have been fine, had they not also had a pointless backstory attached to them. By the time I got to the introduction of R.P. Tyler I found myself skipping over these backstories, as they added nothing to the plot.

As for Adam and The Them, I’m torn on how much I liked them. Their resemblance to the four horsepeople was great, and their friendship was touching, but they discussed topics as if they were 7-9 years old, not 11. If their logic wasn’t quite so dumbed down I would have enjoyed their characters a bit more.

The most redeeming quality of this book was the bromance between Crowley and Aziraphale. This was a book we read for my Science Fiction & Fantasy college class, and I made sure to devote weekly discussions to their continuing relationship. These two worked well together, had a lot of depth, and I think cared more for one another than they did for their respective “sides”.

If you’re a fan of either author or are looking for a lighthearted twist on the apocalypse, Good Omens is worth picking up (the eBook is $7.99 on Amazon). If you’re looking for character depth and a cohesive plot, you may want to pass on this one.